This is it folks. This is the game changer. This is what's going to deliver a generational leap. If you're worried that the change from 8th gen to 9th gen consoles is going to be like the change from 7th gen to 8th gen wherein it was a jump in graphics but not really a jump in generations, this should allay your fears. It's disappointing to see people downplay the capability of a SSD to just faster loading times and worry about the size of storage, because the inclusion of a SSD can change the way games are made. But before I talk about how the SSD can change things, I want to talk about the PS5's SSD because it's just insane and because while Microsoft has been mainly pushing the idea of faster loading times and being able to suspend and resume multiple games in quick succession, Sony is pushing the message that this is going to be game changing.

When Xbox revealed their 'velocity architecture' and their SSD solution I was extremely impressed- 2.4GBps of raw IO throughput is cutting edge. Microsoft has also done a lot of work on integrating the SSD into the system. They built a hardware decompressor that allows for 4.8GBps of compressed IO throughput and made changes to the DirectX API and wrote specialized code to ensure that the performance of the SSD is amazing. I was sure then that Sony is going to have egg on their face, just like I was sure that they're going to embarrass themselves when they claimed that their SSD is faster than any SSD on PC.

But the madlads actually went ahead and did it. The PS5's SSD is easily the most impressive part out of all the other parts of both consoles. In fact I would go as far as to say that its one of the most impressive hardware to be made in the past few years, alongside the likes of AMD's Zen architecture.

Now getting back to how such super fast storage is going to change the way games are made. The largest impact that the SSD is going to have is on Game and Level design. Currently, and ever since we stopped using cartridges, games have had to be designed with the speed limit of HDDs (and in the past, discs) in mind. You can actually see these limitations while playing a game - All those super long corridors and long elevator rides, they're there not because the game designer loves corridors and elevators, but because designers are forced to implement them because of the speed limit of HDDs. This is still an abstract explanation, lets see what impact it has on an actual game:

One of the most requested features from fans of the game Horizon Zero Dawn for its sequel is the ability to fly by mounting robots which can fly. However, this simply would not be possible now because the game was designed with the slowness of a HDD in mind. Here's why it wouldn't work - Lets consider Meridian, the large and detailed City that's in the middle of the map and on top of a mesa, with one end being connected to the adjoining hills by long bridges while the other end is connected to the flatlands below by tall elevators. It was surely a creative decision to design a city like that, but it was also a technical one. Because the City is so detailed and large, with a large number of NPCs each with their own dialogue and music, the data for the city cannot exist in system memory at the same time as the data for the rest of the game world. So when you're walking towards the city the game is dumping all the data for the open world and loading the data for the city, but since HDDs are slow, the bridge has to be longer and the elevators have to be taller to ensure that the game has enough time to load the city. They also have to put in place artificial limits - for example Aloy's running speed when she is on the bridge is slower than when she is out in the open world and she cannot ride a mount (the game's controllable robot horses) into the city because it would be too fast (this is also why you cannot ride a horse into Athens in Assassins Creed Odyssey). Similarly, flight cannot be a thing because the game, or rather the HDD, simply cannot keep up with the speed of flight. If you tried to fly into Meridian the game would just get stuck until its all loaded up and that's something no game dev will allow.

Another example is GTA V. Don't you think its odd that while the map is so large and detailed, you cannot enter most buildings and the city itself is not as populated and feels rather empty? GTA V was a 7th gen game so it had limitations like amount of RAM (the PS3 only has 512 Mb which is just fucking crazy) and rendering power in addition to the limitation of the HDD. But with the current gen, those two limitations went away and yet we ended up with a game that's very similar to its last gen counterparts and that's because of the slow HDDs.

The improvements aren't just limited to open world games either. Linear games will also see a big change. Lets take The Order 1886 as an example. It's a game with extremely detailed settings. In fact its graphical fidelity is among the best of the games that were released this gen. However, almost all of it felt like a facade, because it was. For example, in a section of the game you enter a bar/brothel and in it you walk in a long corridor full of doors. However you couldn't enter any of those rooms, you couldn't see what was inside, you couldn't interact with anything. Why? Because the corridor is actually a hidden loading screen, as you're walking across it the games is unloading everything from the last big area of the game and loading everything required for the next big section of the game. It simply cannot load anything else. So if you felt that linear games were just movies that occasionally let you press buttons on your controller, this should change that.

So far we've talked about how the SSD will remove limitations forced upon game devs. Now lets talk about how it'll enable designers to expand their vision and to do that I want to highlight one game in particular - Beyond Good and Evil 2. With BGE2, the creative director, Michel Ancel, wants users to explore a Solar System and on some of these planets of the solar systems there are vast cities, larger than any of the cities Ubisoft has done so far. Ancel wants people to be able to be in space and then seamlessly travel to a city on the face of a planet and explore its depths and then seamlessly travel back to space (i.e he wants all this to happen without loading screens). This type of game simply would not be possible on platforms without SSDs unless the creative vision was seriously compromised with (by either adding loading screens, making things so slow that they space travel doesn't seem like space travel anymore or by significantly reducing the size of the city).

With the PS5's SSD, Sony wants everything to happen in a snap, they want things to be immediate, they want you to be able to ride a flying robot dinosaur into a large city, shoot some unruly robot in the face with an arrow, then mount a horse-like robot and exit the city at breakneck speed towards your next objective, all without artificially stopping you in your tracks, without making you walk across long bridges or wait through a long elevator ride. They want loading times to be 1 second, not 10 seconds. They want you to be able to get back to playing again after dying without having to look at 'tips' for 2 minutes. They want your fast travel subway rides across New York to be over in 1 second, not 3 minutes. It might not seem much to you now, but once you experience that sense of immediacy, of things happening instantly, going back to anything that isn't this, that is slower, is going to be annoying.

So after all this, you can understand why I'm so excited for the SSDs, specifically Sony's solution and why I was using terms and statements that seem hyperbolic at first to describe these SSDs.

Before moving on to the next section, I want to talk a couple more things about the SSD.

Number one thing is, it's going to reduce game sizes or at the very least, ensure they stay the same. Developers often copy the same thing multiple times across a HDD to ensure that it is there when they need it. Now instead of having 200 postboxes on storage, they only need 1 since it can be accessed in an instant. Also, a vast portion of a game's file size is taken up by uncompressed audio. For example, when No Man's Sky launched, it had a file size of 5GB iirc. Around 4GB of that file size was taken up by audio. With the presence of great hardware decompressors on both platforms, devs can now compress the audio to a much smaller size, thus reducing total file size.

Second, its going to make development of games slightly easier. Devs won't have to spend a lot of time carefully specifying memory usage and fine tuning everything. They wont have to spend time getting the length of a bridge and the characters walking speed across that bridge just right so as to ensure everything loads in time.

Third, games aren't going to get slower after release. You might've noticed that games get 'slower' over time when they've received a lot of updates/patches. This is again because of HDDs. With a SSD, this isn't going to happen.

PS5 and Xbox Series X: The Most Innovative Console Generation in Decades? || An Explanation of the Innovative Features of the Next-Gen Consoles. 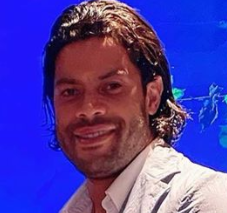 The first project is a “AAA multi-platform game” already in pre-production, the company said on Thursday, while the second is a “smaller-scale” project set in the same franchise. Both projects are being developed on Remedy’s proprietary Northlight game engine and tools.

The games will be released for next-gen consoles and PC in “the next few years,” Remedy said. The Finnish studio will retain ownership of the unannounced games’ IP, while revenue will be split with the publisher.